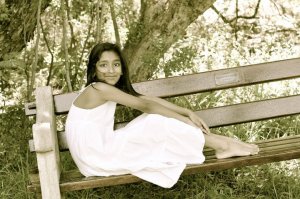 Every (good) mother will tell you, that having children is a defining moment in life, the feeling cannot be explained and you literally wear your heart on your sleeve. I am such a mother. And there is no greater title that I would rather wear as proudly as being called a mum. I started early, at the age of 20, and as my (short) marriage disintegrated, I became a single mother to a beautiful little girl at an age when partying, clubbing and finding yourself is the norm.  Being a child myself, I had a lot to learn about being a good role model to my daughter but managed throughout the years, making her a priority and I now have a daughter who is as precocious as I was at her age! Fast forward 6 years, re-married to a great man, me being older and wiser with years of experience being a mother and all the trials that presented, having another baby was naturally the next step. I thought this process would be easy – having fallen pregnant so easily before, but what followed was a series of heartache, disappointment and desperation. When we found out I was pregnant, Mr G was scared shitless. There was no reaction from him. Confirmation from the Dr was not met with much excitement and four weeks later, at the first sight of blood and a confirmed miscarriage, I accepted that this time wasn’t meant to be. Within a year I was pregnant again, this time after relocating to JHB from KZN, and with a little bit of excitement from Mr G this time round (as the Dr confirmed the EDD to be 3 August -a birthday shared with my daughter and husband! -three Leo’s in one house!!!! – this time I was the one filled with fear). Five weeks into the pregnancy and the familiar feeling of lower abdominal pain surfaced. At the first sight of blood, I panicked and we rushed off to the hospital – only to confirm once again, that I was having a SECOND miscarriage. The feeling – physical and emotional – that a woman faces when having to endure a miscarriage cannot be described. The emptiness (despite having one child already) was constant and it seemed like everywhere I looked, I could see happy couples with babies/pregnant women in my face constantly! The pain was unbearable long after the physical pain was over. Two months later, I was pregnant again and this time the pregnancy lasted just two weeks but I chose not to have any medical intervention and went through the motions as a robot would – devoid of feeling. Mr G had long since removed himself emotionally from the pregnancy scenario as each moment of excitement was met with pain and suffering. After the third pregnancy, I made a commitment to not try again, wait for a while, investigate, allow myself to heal and follow the advice given to me by my Dr.

The old familiar nausea hit me one morning – literally 9 weeks after the third miscarriage. I rushed out to buy three pregnancy tests (despite knowing my body like clockwork) and waited. When all three tests confirmed a pregnancy, I made an appointment to see my Dr immediately. Mr G as usual – in expressionless fashion – took me to the Dr who confirmed the pregnancy and gave me a series of pills to take “just in case”. After what seemed like an eternity (three weeks) I started bleeding and knew the inevitable was going to happen when a colleague suggested I see a fertility specialist in the area. I managed to get an appointment as an emergency, met the miracle Dr who changed all meds and managed to successfully stop the “threatened miscarriage”.  Time seemed to move along slowly but under this wonderful Dr’s care, I managed to survive the first trimester and on the 16 week visit – our little boy confirmed his presence. After what felt like a lifetime and a stressful and difficult pregnancy, my miracle son was born on 29 October 2010. Perfect in every way, he has captured the hearts of everyone who has seen him and truly makes me believe that God exists. For any woman who has experienced a miscarriage or who has been trying to fall pregnant for years with no success, this story demonstrates that miracles do exist!

this is too touching, and I am sure mothers who have been through this experience (this tragedy) will know the feeling of what my dear friend went through ! only a mother will feel that bond with that unborn child, and I actually sympathise with each and every women who has to go through that bonding stage and then just within split seconds everything is over! A child is a gift from God, and only God knows why he takes a life. But at the end of this all, our dear friend has one hunk of a son! a miracle,… Read more »

Tivania this is so touching and it is so amazing really it is that God in all his wonder demonstrates his love for us in such an awesome way and always comes through in the nick of time. He never gives us more than we can bear. Everytime I look at my children, especially when they are sleeping because sometimes that is when you appreciate them the most……lol, I thank him for the three blessings he gave to me. Is is not wonderful that by just looking into their faces we see all his love for us and to think… Read more »

Excellent message my friend. We havent been blessed but divinely favoured! so glad we can exchange stories like this!

What women go through hey! and the men are the owls!

Lost Twins ; Abortion Or Miscarriage; He Got His W

How To Break Free

Pain Is Not Love

My Journey To Self-Love